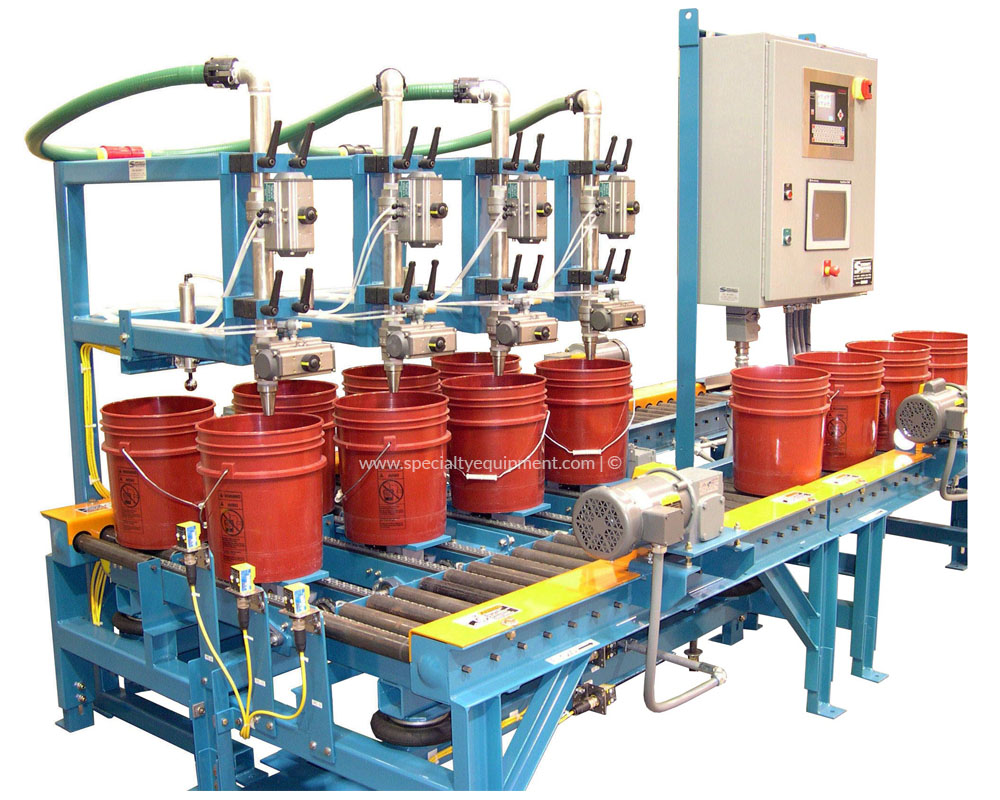 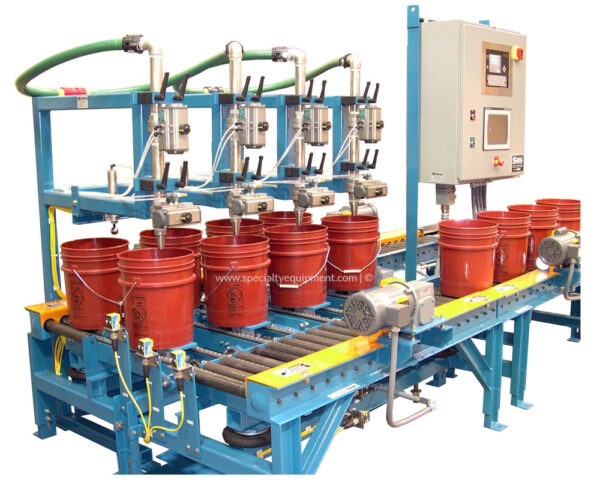 This is a fully automatic pail filling system built to operate 24/7 filling liquids into 5-gallon open-top pails. System is shown without the standard safety guarding.

This is a top-fill system with five gallon pails for non-foaming liquid products. Sub-surface systems are also available. Three rows of four pails are shown. The first row of pails is already filled and being conveyed to a lid press. The second row is positioned under the filling heads. The third row is accumulated behind them, ready to move in when filled pails move out.

The row of filled pails drives away where lids are automatically placed on top then they convey through a tunnel where lids are pressed on-the-fly. If a label is required, it would sequence after the lid press. The last machine in line is the automatic palletizer.

The fill rate of water is sixteen (16) pails per minute.

Upon arrival, a photo-eye signals the computer to automatically tare the four containers to zero weight then start the fill cycle. At each filling station, both ball valves open wide for fast flow. Filling continues until the pre-designated weight is achieved in each container.

Near the top, the slow fill valve activates to top-off the containers. When completed, the weights are calculated and recorded. The containers are then raised and conveyed out of the filling stations to make room for four empty containers to enter from the back. The cycle then repeats

The filling rate of this machine, using water as the tested product, is 16, five gallon open-top containers per minute.