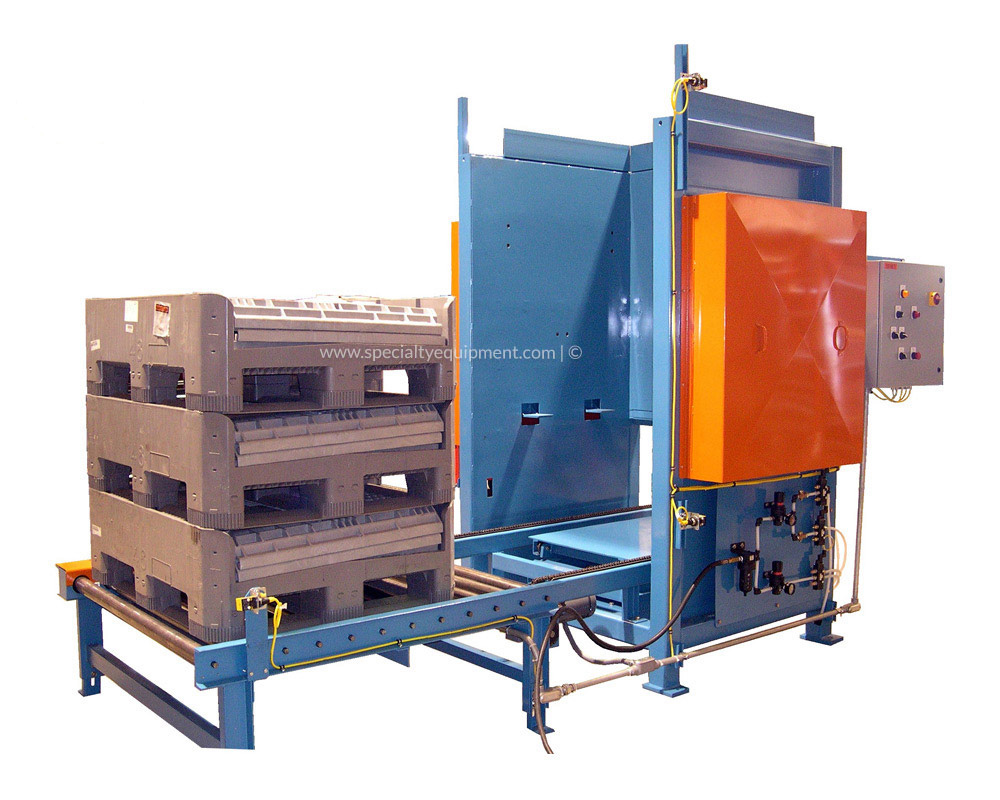 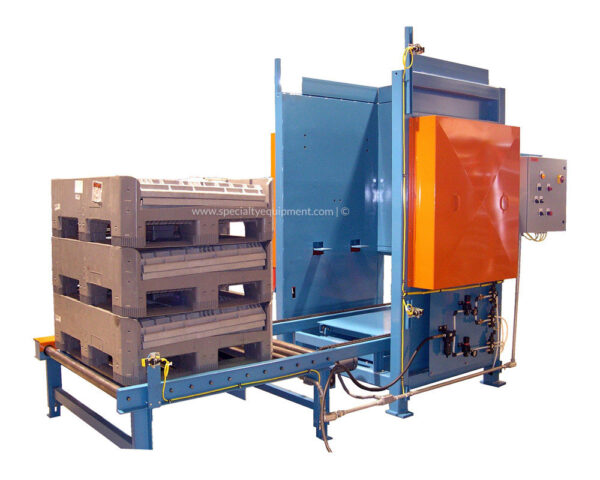 Use: To automatically discharge a bin every 60 seconds, or when called

This custom made dispenser was designed to handle large plastic, collapsible food bins that are arranged in a three, four, or five stack pattern. The system will automatically dispense a bin from the bottom of the machine at a rate of one bin per minute and was built to operate twenty-four hours a day, seven days a week.

While a stack of bins is being dispensed, a fork truck can load a second stack onto the infeed conveyor behind the collecting bin. After one stack has been dispensed, the waiting stack will automatically convey into the magazine. An air operated scissors lift raises and lowers the stack while a pair of retracting clamps holds the stack leaving one bin at the bottom to convey out.

This is a heavy duty automatic dispenser for collapsible bins built to operate 24/7.

This is a heavy duty automatic dispenser for collapsible bins built to operate 24/7.

This is the most rugged pallet dispenser on the market and it is built to operate twenty four hours a day, seven days a week.